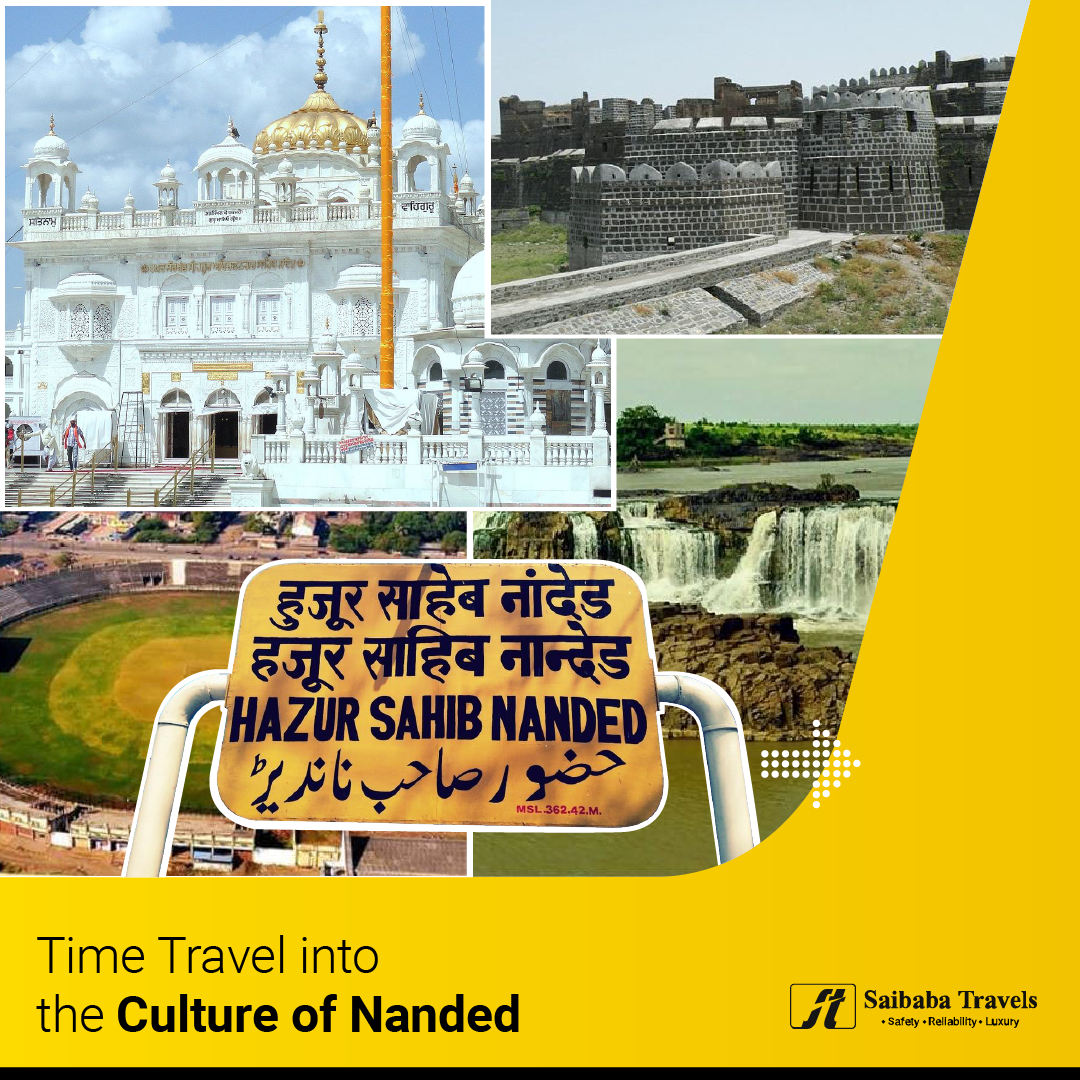 Counting up to the most culturally rich cities in Maharashtra, Nanded tops the charts. Acting as the cosmopolitan when it comes to cultures and creeds in people, Nanded witnesses massive diversity from all around the country. The city stands on the northern borders of Maharashtra and experiences residentials belonging to Gujrat, Telangana, Andhra Pradesh, Kerala, Punjab provinces and Maharashtra itself. It is comparatively smaller in terms of area but holds a rich history and train of traditions. From food to art forms and festivals, Nanded is a delight for one and all. Let’s have a look!

Backstage of the theatre world!

Theatre stands as the heart of culture in Nanded. Dance, Drama and Music run into the veins of people residing in the city. A variety of art forms coexist in the city harmonically each shining in its own valour.

Being the prime dance form of Maharashtra, Lavni shows its influence in Nanded as well. Women wearing Nauvari (a type of saree) and Ghungroo gracefully wrap themselves around the tunes of music and entertain the audience with the beauty of their looks and moves. Lavni is a major part of the local drama world here.

Powadas are performed by young men in the memories of Chatrapati Shivaji Maharaj. The long lost King resides into the hearts of people and artists here. This art form was specifically created as a tribute to Shivaji Maharaj and his bravery in the foundation of Hindawi Swaraj. In Powada, a group of young men enact scenes from the stories of the king’s life events. This art form attracts huge masses of people making them fall in love with the history of the state.

A devotional dance form performed by the local public may it be kids or adults. This dance is a form of enjoyment and entertainment for the locals during the festive month of Karthik, occurring according to the Hindu Calendar. This is mostly found in local gatherings, temples, fairs, etc.

This Dance form is all about spirituality residing into the souls of people. It was formerly invented by Saint Eknath for helping people find themselves through art. This dance form also includes bits of drama, elocution and includes the music created by instruments like Mridangam and Harmonium.

A dramatic art inspired by the gods of locals here, Gondhal is performed by 3 to 16 people. The drama performance includes the main artist enacting Goddess Renuka Devi or Goddess Tulja Bhavani and 3 to 10 assisting dancers. This art form has found roads to reach in all corners of Maharashtra originating in Nanded.

The most popular form of drama in Nanded as well as the state, Tamasha is considered a highly entertaining and overwhelming form of art. It takes its inspiration from the Holy Puranas Mahabharata and Ramayana. All the lyrics used in the act is based on Sanskrit Language and shows an influence of stories emerging from ancient Indian History. A ticket to this drama is a trip to heaven for an art and history lover.

Relishes of the town.

A Town so rich in culture and can never lack in delighting taste buds. A city serving treats for all has delicacies from different parts of the country. The most Famous Maharashtrian dishes include Zunka Bhakar, Sabudana Khichdi, Besan wadi and lots of Khandeshi dishes giving a flavour of northern Maharashtra. Since the city experiences Sikh and Urdu populations too, dishes like Tehri(Hyderabadi style Biryani), Lassi (a type of milkshake) are popular.

Nanded is famous for its speciality dessert called Imarti. It is made from lentil flour and dipped into a sugar syrup. As lovers of street food are all over the country, the city offers a despicable variety in those dishes.

The times of Celebration.

Being an integral part of Maharashtrian culture, all the common festivals are celebrated in Nanded. However, The city gets lit with smiles of celebration every year during the Malegaon Yatra. Malegaon Yatra is a fair conducted in the outskirts of Renuka Devi Temple and shines with glory for 5 days, enchanted by the sounds of hustle and bustle of the people and prayers.

Another Crown of Glory that Nanded owns during the Gurta Gaddi, a festival celebrated once in 100 years. Nanded welcomes thousands of Sikh devotees during this period at the Shri Hazur Gurudwara. The Gurudwara also organises langar, in Sachkhand express at Nanded railway station to serve people with delicacies. It is one of a kind in the whole country. The Gurudwara is considered the crowning jewel of the city.

The event organised a few years back called by the name, “300 saal Guru de naal” was held in Nanded. The city underwent a lot of beautiful constructions for welcoming people from all around the world to attend the event. What a shawl of pride to wear for the city!

Apart from having a collection of live performing arts, the city showcases a treasure of static arts as well. Nanded is the place of birth for many Marathi linguists like Narhar Kurundkar, Mr, W. R. Kant and many more. The world-famous Warli Painting is seen growing and enhancing magically in the city. Mr.Tryambak Vasekar is a renowned name in the world of drawing artforms and has his roots in Nanded. The city is a host of Marathi Sahitya Sammelan and Marathi Natya Sammelan, two fairs conducted for showcasing and offering respect to art and artists around the state.

Such is a small city with a big heart residing in the north of Maharashtra. Here the art explores itself, poetry turns to music in no time. And the wheels of stories about the rich heritage will keep churning till the end of time!