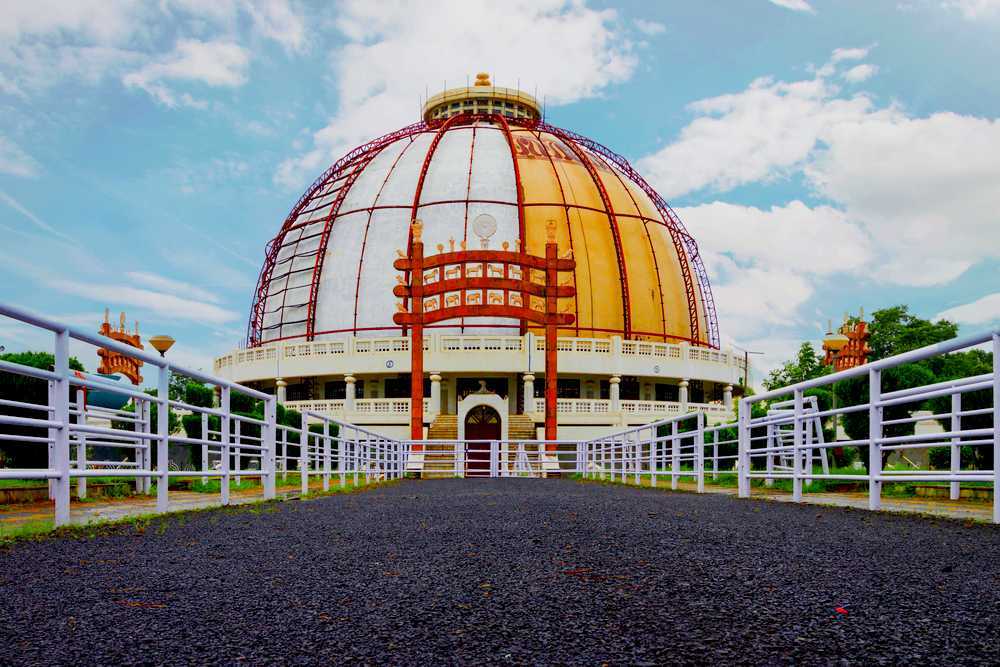 The traditions of a town reflect its origins. The monuments narrate the stories, the roads guide to its growth and the culture expresses the vibes from the very beginning to where you stand now. It is said a city is defined mostly by its culture and the culture defines that town for ages to come. One such town consisting of rich and colourful culture is Nagpur. Known as the second capital of the country, it rests on the borders of eastern Maharashtra.

What is the beginning worth, if it’s not a beginning with relishes? Well, Nagpur has the courtesy to serve you first before you enter into its vast culture. On literal notes, as soon as we enter the city, what we first encounter are the luxurious restaurants and eateries and the fragrance which will make you pause your journey.

When speaking of beginnings, the Saoji cooking tradition originated from Nagpur and has gained foodie fans from all around the world. Saoji cooking style comprises immense use of local spices and has different types of gravy used for cooking both veg and non-veg dishes. It is also known as Varhadi cooking style in some parts of Maharashtra. Other curries made in Saoji style are Patodi, eggplants, potatoes, mutton, etc.

Ghee is the king of all cooking happening in Maharashtrian style at Nagpur. Locals and Marathas have been fans of food decorated and marinated in ghee. But eventually, even tourists started enjoying the luxury of taste it provides. The most loved dish made in ghee is the famous Puran Poli, a sweet bread made from pulses, butter, flour and jaggery. Puran Poli is considered as the traditional dessert of Maharashtra and hence it found its place in the Nagpur kitchens as the best dessert.

Nagpur is named as the city of oranges due to its excessive cultivation of oranges. Orange is the favourite fruit of the locals and we find markets covered in orange colour during the summer season. The fresh fruits grown here are exported nationwide. The flavour and fragrance of the fruit couldn’t stay far away from the kitchens.

Hence we find numerous varieties of desserts and dishes having orange as its prime element. We can find these orange delights in all the sweet shops and restaurants. Mouthwatering yet? Ok let’s not lure you more and stroll a different part of the culture but equally fascinating!

A city so bright and vibrant couldn’t possibly stay back in arts and craft. Nagpur has its share in the building of the rich Maharashtrian heritage.

Since Cotton is the second most popular crop grown into the region of Vidarbha, The textile industry is highly influenced by cotton. Pure cotton works are transformed into sarees, Patkas, Pagodas and dhotis. Dhoti is the most worn clothing by the local men here. And saree for women. The region also experiences immense heat. Hence turbans are favourites for farmers here. Due to the burning heat in the summer season, the khadi market takes hype occasionally.

People here love fashion and hence we find crazy crows in markets for shopping apparels in festive seasons. As much as people love the organic pure khadi, colours are welcomed equally and hence we find bright vibrant colours in the clothing of people here. During prime festivals like Diwali and Ramzan, it seems like the city is celebrating Holi in its way.

Find more about the fashion of other cities in Maharashtra here.

Other art forms here are illustrated manuscripts, Warli painting, earthen paintings and much more. A community of artists called Chitaris are believed to be the first residentials here. This community has dedicated ages of their generations to colouring the city into the magic of beautiful art. Now we know where the love for art comes from.

On stage with Nagpur

A wide variety of festivals, local as well as national take place in the city. And the best part is they are all around the year and they welcome all. The city hosts Southcentral zone festival every year for artists from around the country. Other such amazing festivals of dances, crafts, drama are Kalidas festival and orange city festival.

Both these festivals are hosted by Nagpur as the prime sponsor and manager of the event. The Maharashtra tourism development corporation holds Nagpur Mahotsav at Yashwant Rao stadium every year to showcase the deep culture of the city and how it influences the state. The city is filled with music and cheers during folk dance festival and OCIFF held by the municipal corporation of Nagpur.

Check out marvellous art forms of Nanded in here.

A city holding festivals around the whole year round has got to be the favourite city of visitors. Celebration never takes a pause here. And neither does the hospitality and warm welcomes of people residing here. What more could a tourist demand than love and warmth amid mind-blowing excitement all wrapped in one town?